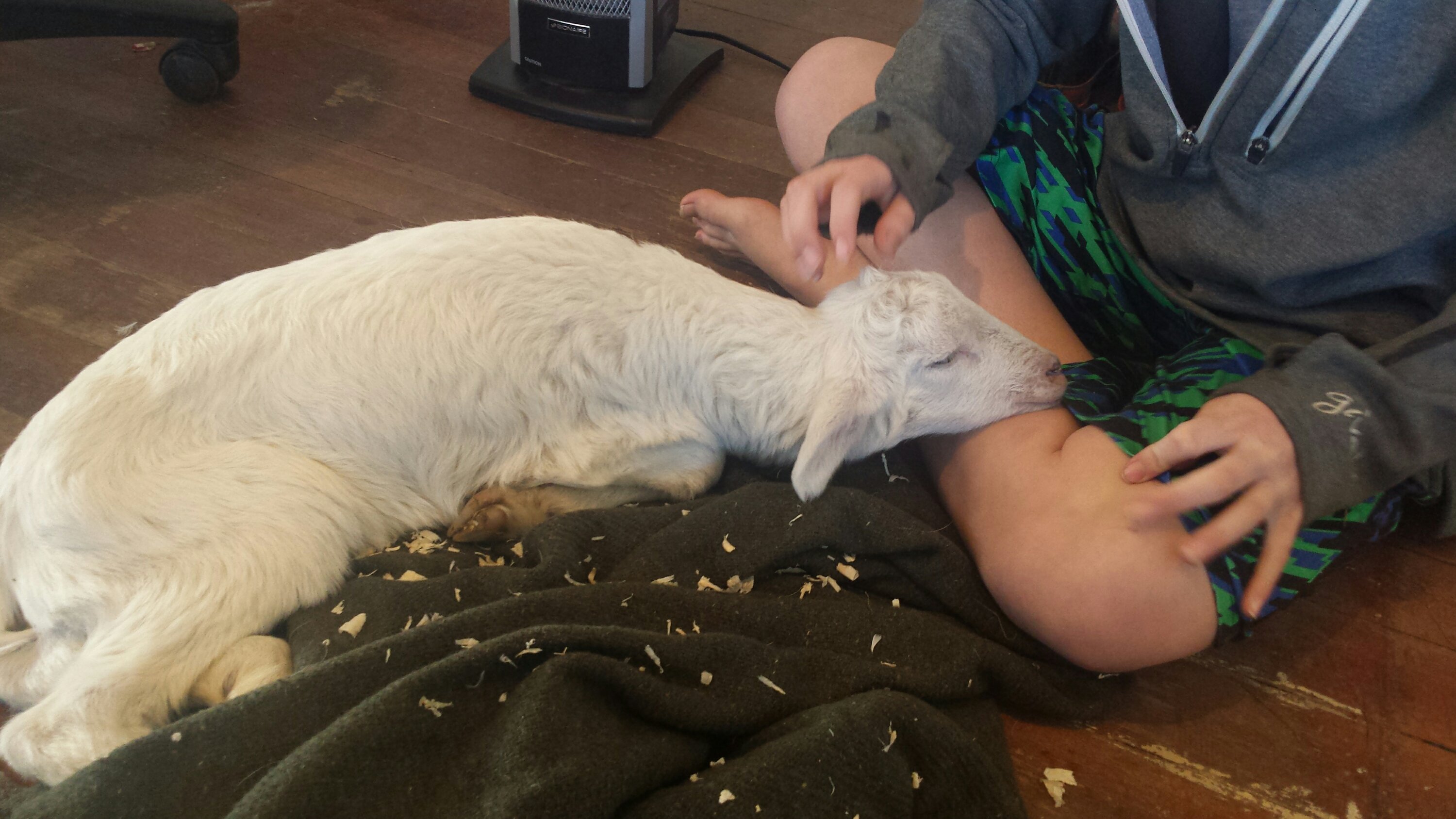 We had to put down the boy lamb today. He still had a fever, and his breathing had become faster. We could tell he was in pain.

We had a friend come over with a .22 rifle and help us end the lamb’s suffering.

Today I picked up three free chickens from a lady who needed to rehome them. She said they all have been laying throughout the winter. Within an hour of us putting then in the pasture they had sneaked through the cattle panels and were browsing the side yard. It took some chasing to get them back in the pasture. Grant locked them in their coop overnight (without the chicken that Payne family gave us) to get them used to their new home.

Transplanted two Douglas fir trees for Christmas 2026, one in each corner of the back acre. They’re about 2-3 feet tall.

Transplanted a bunch of chives found in the hazelnut orchard.

Today I finished my first hügelkultur mound. It’s 3 feet by 12 feet. I created it by digging a hole six inches deep. Then, I lined it with birch logs from a tree that we had to take down when we lived at our Crater Lane house. I added smaller logs and branches as the next layer. Next, I filled in the gaps between the wood with wood chips we received from various Chip Drop dumps. Finally, I used the first that I initially removed as the topping. Much of the sod that I dug up in beginning was used on the bottom of the mound to prevent erosion.

This weekend I planted seeds indoors that I plan to transplant in a month. They’re sitting on the window bench in our dining room. Spinach, Swiss chard, kale, peas, and marigolds. I used cardboard egg cartons, seedling soil mix, and some plastic containers. I purchased all the seed packets at the Dollar Tree for 4/$1.

We worked on building the trail today by spreading wood chips. We also put up fencing around the fruit trees that we planted a few weeks ago to insure against deer. I pruned the pear tree today. I probably removed about 30%, which is more than you should for a pear tree. It might cause the tree to grow over-vigorously this year. But there were a lot of branches growing downward, across the center of the tree, or crowded.

The boy lamb looked quite a bit better the day after his first shot five days ago. However, he has continued to run a fever of 104, and he has been lethargic compared to his sister. She is very empathetic and spends a lot of time with him. This morning we gave him his second (and final) antibiotic shot. A few hours later, he was already looking better. But we don’t know if it will last.

Yesterday, we noticed the little boy lamb was limping. We checked the leg, and there was no injury. We learned that infections usually affect sheep in the legs first. We called a vet. He checked the lamb’s temperature, and it was 104. He gave it an antibiotic shot. The vet visit was $250. We need to give it another shot in five days.

Pruned the grapevines. A lot.